Looking dapper! Bob Hardy’s Rag Time Band held a performance over High Tea and crumpets at the Georgian House in Alexandria on October 5th 2014. Bob is posing alongside the lovely Alice Nicolaou in their matching Hugo Elites.

In December 2011 I had to have a left hip replacement due to osteoarthritis. I was just starting to get better when I developed an infection and by December 2012 had to have the prosthesis removed. They could not replace it until the infection had cleared. I had to be on IV antibiotics for almost 4 months and while waiting, I could not put any weight on my left leg. In May 2013 the second surgery occurred; they inserted a larger prosthesis and I received a bone transplant because the infection had destroyed most of my leg bone.

After one year of physiotherapy, I could not understand why my leg was not healing like it had done previously. When I asked the doctor about it, he informed me that he removed at least 20% of my muscle mass. I was never going to walk straight that I would have a limp for the rest of my life and I just had to deal with it. I was devastated because my work as a personal support worker; I needed to be able to care for clients. I also planned on returning to college to complete my practical nursing program.

To this date, walking even short distances makes my leg tired. When I go shopping and hold on to the cart, I can walk better and longer. I told my friend Bob Hardy about my problem and he helped me get a Hugo to walk longer distances which will help strengthen my legs in general and help me lose the last 20 pounds that I put on because of my inactivity.

This has been wonderful. I do my best to get out each day for a walk. 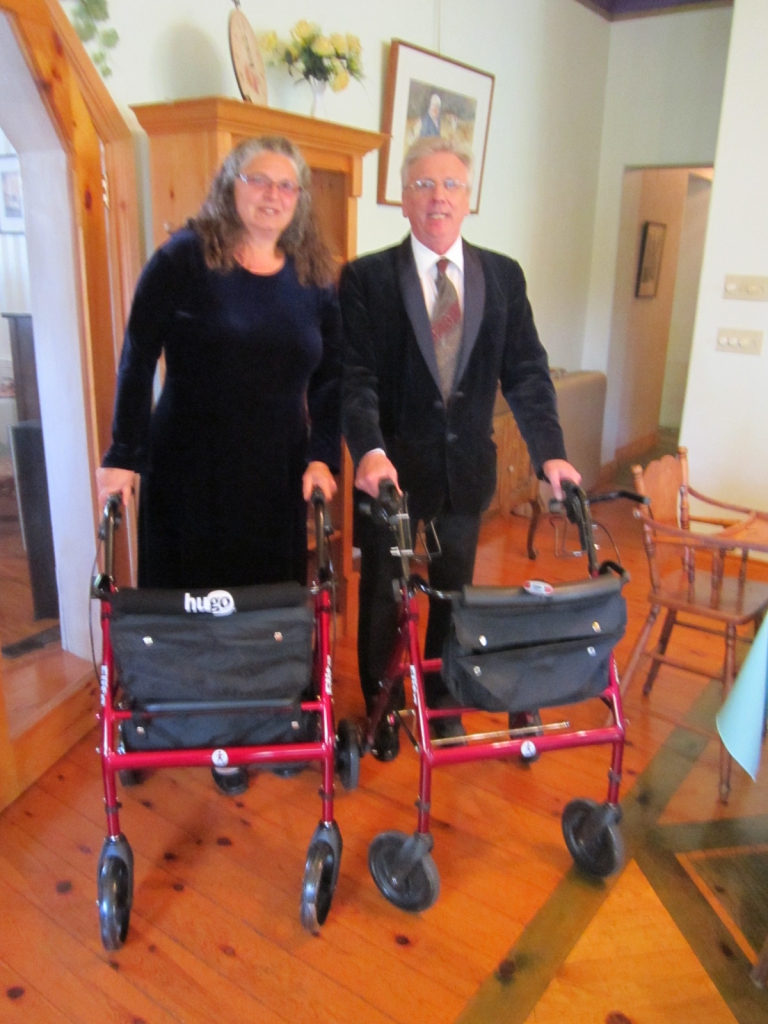 Stay tuned for more entertainment at Participation’s upcoming Christmas concert, which is happening on November 28th 2014 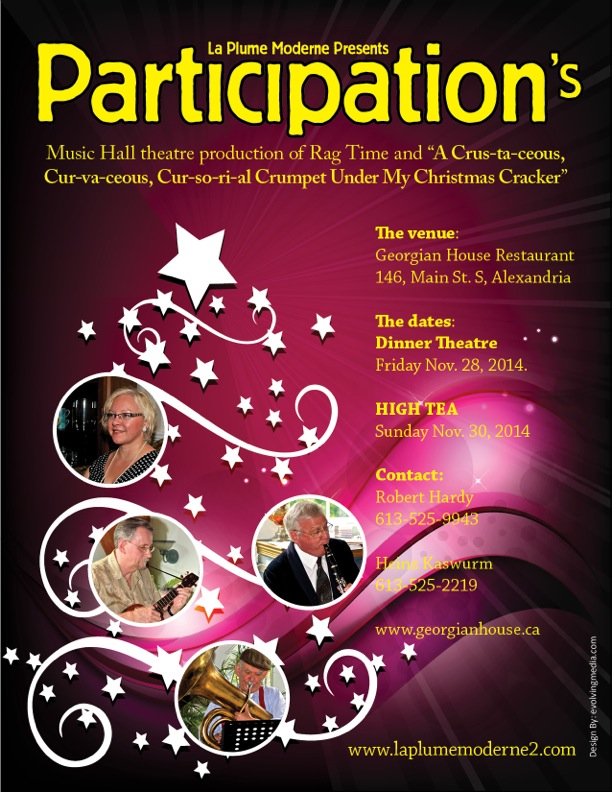