Evolution of a Walking Stick

Evolution of a Walking Stick

At the 2015 Manor House Lawn Social in Williamstown, Ontario Laurie McRae-Bingley, featured as Viola St.James in Participation’s Musical Hall Theatre Production of the Evolution of a Walking Stick.

‘Twas a swell night of playing on a hay wagon, all dolled up, with brooms, walking sticks, mosquito bites, and a HUGO ROLLATOR walker, a Charleston, a Black Bottom, a waltz, and one mosquito-bit red bottom. 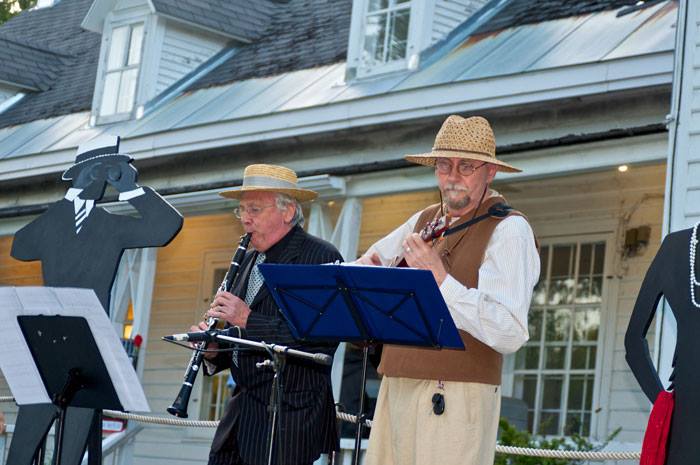 The mosquitoes were accompanied by (or maybe guests of..?) a very annoying dame, Viola St. James. She attempted to sabotage the show by flirting with the fellas in the audience, and then had the audacity to sweep the stage…she claimed it was dirty.

As I showed her my very large parchment, I told her, I did, “we are here to play!” And what did she say? “I wouldn’t want to play with you anyway!” 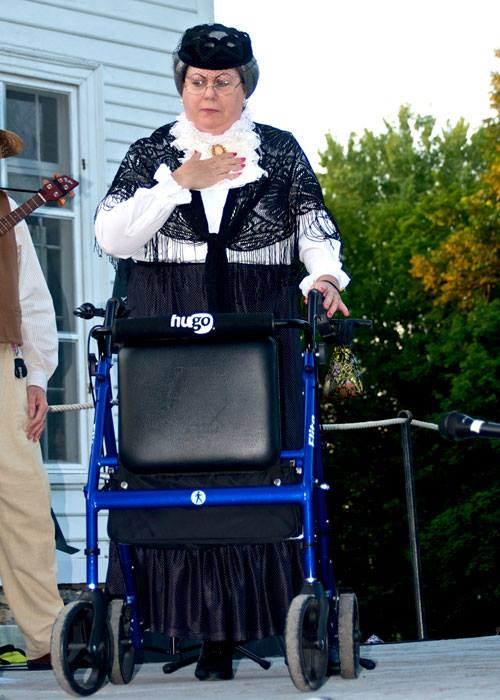 And so we carried on, picking up our instruments, and playing with them. Viola, however, did not go away… She got a wiggle on to our Black Bottom and Charleston, with her walking sticks, and then (thankfully) took a great fall. She rose to her feet, once again and waltzed with her walker ’til the last note was played.

Oh yes – the folks thought our show was the bees knees!